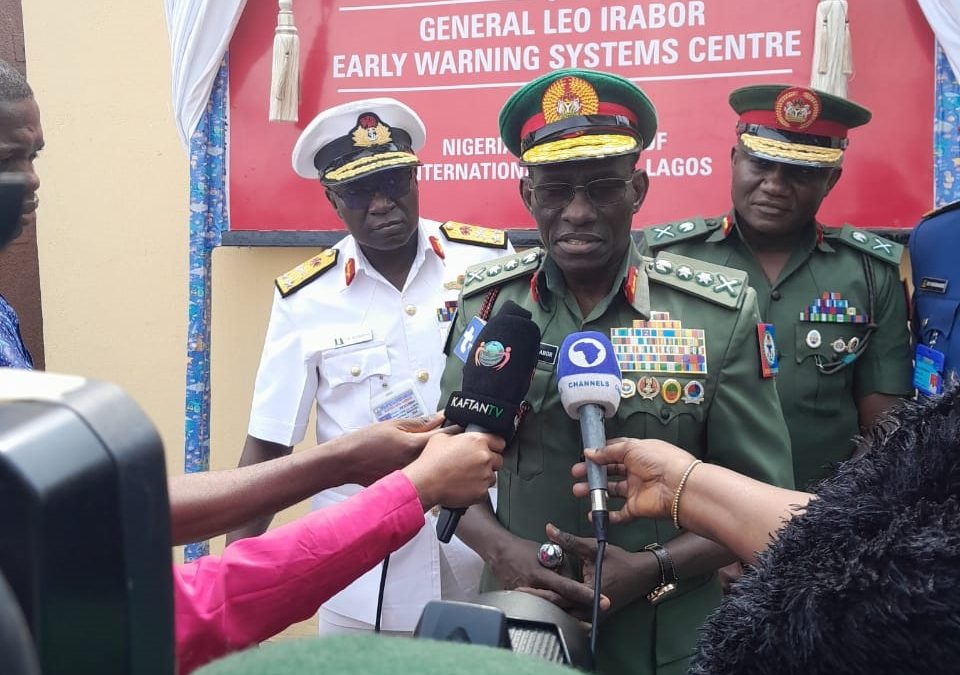 However, current trends in global environment indicate different levels of threat which factors results in violent conflicts, wars and catastrophes. Nigeria has experienced various forms of insurgency in the past 4 decades, the challenges assumed new dimension with the advent of Boko Haram. In understanding the defence strategy on counter terrorism and counter insurgency operations, the CDS noted that multi-pronged approach with Non Kinetic approach is adopted.

He also reviewed Nigeria Geo-Strategic Environment and the role of some state and non state actors in National Security and opined that the precarious situation has led to the volatility in the West Africa states resulting to poor ranking on critical baseline data such as; Human development index, Fragile State index, Global peace index and Global Terrorism Index.

The CDS ended his lecture with his on going solutions in addressing our National Security threat. His focus was on his philosophy to Foster a professional Armed Forces capable of meeting the constitution imperatives, Bold military action against threats, Jointness, inter-agency cooperation and increased emphasis on Non Kinetic operations.
He charged the Nigerian public that Issues of National security and development is the business of everyone.

The Director General of the NIIA Prof. Eghosa Osaghae used the opportunity to bestow on the CDS, the fellowship of the NIIA. THE CDS whilst thanking the Institute for the honor, promised to always collaborate and co-operate with the NIIA. He also commissioned the proposed General Leo Irabor Early Warning Systems Centre at the Institute.