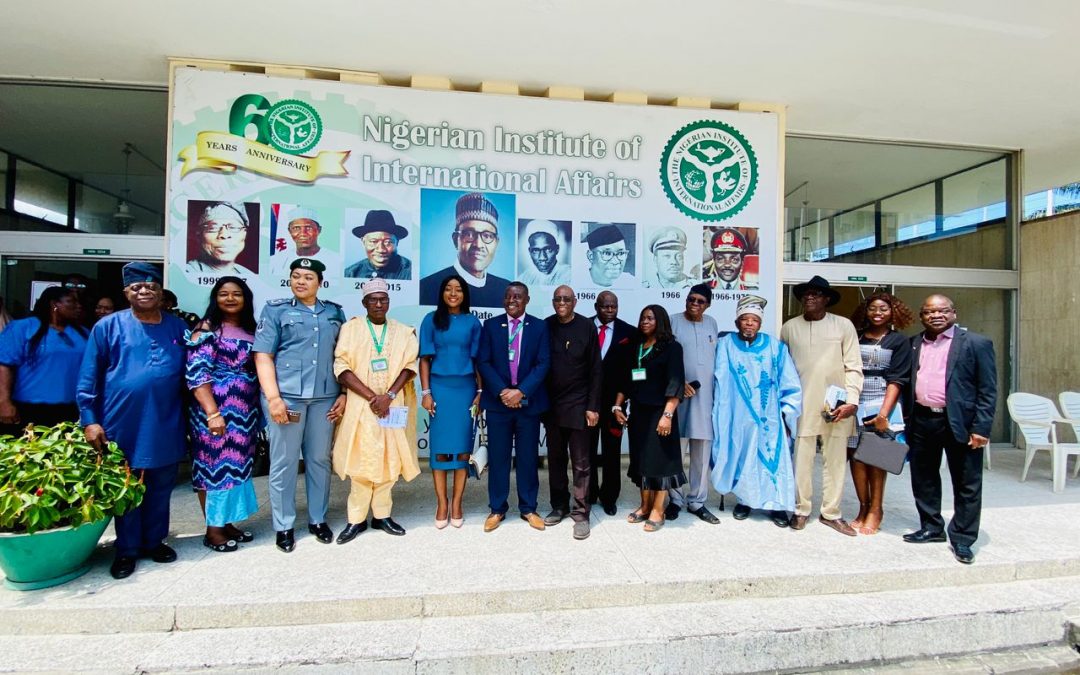 Yesterday, 23rd June 2022, We at the Nigerian Institute of International Affairs and in conjunction with the Federal Ministry of Youth and Sports hosted the second conversation series on Sports Diplomacy with Mr Allen Onyema CEO Air Peace as the guest of honor. Living legends and Sports Veteran such as Ron Freeman, Ambassador Olusegun Odegbami and FESTAC 77’s Legend Prof E.O Simpson and Prof Duro Oni also took turns to share with us from their wealth of experience.

Setting the conceptual tone, Amb. Olusegun Odegbami, Head, Sports Diplomacy Desk of the NIIA echoed that his mission was a noble one and highlighted that FESTAC 77 was an event that brought together the Black Race to form a common front and fight the ‘Battle of Civilizations’. He emphasized that Sports has the power to change the world and therefore remained immune to all the vagaries of politics, religion, race and inequality.

In attendance was also the former Minister of Foreign Affairs, Prof. Bolaji Akinyemi, The Paramount Ruler of Iwo Land HRM Oba Abdulrosheed Akanbi (Oluwo of Iwo land) who joined virtually and also members of the Military and Diplomatic Community. The Director General, Prof. Eghosa Osaghae gave the welcome address and thanked everyone for coming to the discourse. He thanked the sponsors of the event MTN Nigeria and all partners in progress and also reiterated his commitment to take all the conversations and take homes from the event to the corridors of power.